We're taking climate action and so can you!

Across the globe there's an urgent need to reduce carbon emissions to avoid the worst impacts of climate change. We all have a part to play to achieve deep cuts to emissions. It requires a shared effort between residents, businesses, councils and other levels of government.

What is climate change?

It's any change in the climate, lasting for several decades or longer, including changes in temperature, rainfall or wind patterns.

Our climate is changing quite dramatically – it’s getting hotter. The global average temperature has already risen by 1.1°C since the pre-industrial period (1700s).

While the earth’s climate has changed throughout history, scientists agree that the significant changes we’ve seen over the past 100 years or so have been due to human activities. Recent warming is also happening at a rate that is much faster than previous climatic changes.

Since the Industrial Revolution (which began in the mid to late 1700s), greenhouse gases have built up in the atmosphere, which is trapping more heat close to the earth’s surface resulting in warmer global temperatures. This is because humans began digging up and burning coal, oil and gas, as well as scaling up agriculture and tree-clearing (deforestation), and increasing waste (landfill), which are all processes that produce greenhouse gases.

What does it mean for Moonee Valley?

Consider solar power for your home

Place your food scraps into your green lid bins or compost

Buy less stuff and think about repairing, swapping or borrowing before you buy something new

We all have a part to play in reducing emissions and it is still possible to limit global temperatures to prevent the most disastrous consequences of climate change.

Don’t leave it too late and be part of the solution and take climate action in 2020!

TALK! Have a conversation about climate change

Having a conversation about climate change is a simple way to improve community awareness. Here are some fact to get you started:

We know there's an urgent need to reduce carbon emissions to avoid the worst impacts of this climate emergency. That’s why in October 2019 we joined 58 councils across Australia and more than 1,000 worldwide in declaring climate change should be treated as a national emergency.

The purpose of the climate emergency declaration movement is to accelerate sustained and meaningful action by all levels of government, and for people globally to engage with the challenge of avoiding catastrophic climate change and restoring a safe climate.

What have we done so far? Kids and youths can enjoy the summer school holidays with a fun and exciting range of programs and activities planned across Moonee Valley. Moonee Valley Mayor Samantha Byrne said the that upcoming school holiday program had something for everyone, with opportunities to learn new skills and make friends. “There are plenty of activities on offer…

Moonee Valley City Council in collaboration with our recycling provider Cleanaway are helping residents learn how to recycle right and minimise recycling contamination through a new bin tagging system. When items that belong in the red lid landfill bin or green lid FOGO bin end up in our yellow lid recycling bin, entire recycling loads… 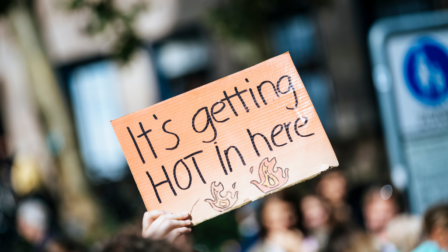 Tiana’s climate story Moonee Valley Climate Stories Competition Winner Category: Secondary School (13 – 18 years of age) Growing up in Melbourne, I learnt to find beauty in all weather; rainy, sunny, cloudy or a mix of all 3! I’ve also been fortunate enough to hike in different terrains around the country, ranging from steep rocky…